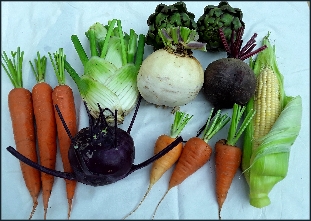 Once again, we were not able to show off/admire all the wonderful veg and arrays of flowers that people have been growing – well not in the flesh anyway.
But Dale Haines came to the rescue again and arranged a virtual show for us – and he and the committee would like to thank all of you who took the time to photograph and enter your prize-winning produce.
… And everyone gets a prize! (A virtual one, of course!)

Best in Show went to

Makes your mouth water just looking at it….

Fantastic florals were also on offer, like these from Dianne Davies, Chris Jones and Ann Pitcher.